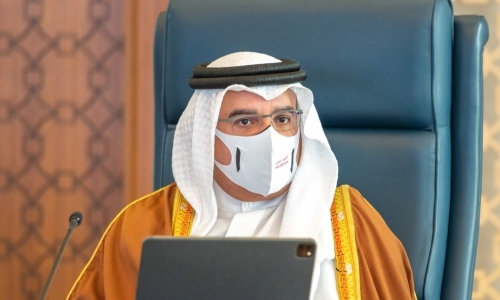 The Cabinet commended the outcomes of His Majesty King Hamad bin Isa Al Khalifa's visit to the United Arab Emirates (UAE), where His Majesty met with the Vice President and Prime Minister of the UAE and Ruler of Dubai, His Highness Sheikh Mohammed bin Rashid Al Maktoum, and the Crown Prince of Abu Dhabi and Deputy Supreme Commander of the UAE Armed Forces, His Highness Sheikh Mohamed bin Zayed Al Nahyan.

The Cabinet commended the outcomes of Bahrain’s participation in the Middle East Green Initiative Summit and the Future Investment Initiative, both delegations were led by His Royal Highness the Crown Prince and Prime Minister. 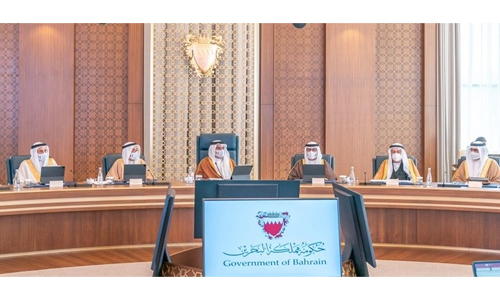 Following His Majesty the King’s address during the opening of the fourth session of the fifth legislative term of the National Assembly, in which His Majesty called on business owners within the Kingdom’s manufacturing, service and economic sectors to propose additional initiatives for comprehensive economic development, the Cabinet announced the launch of an economic recovery plan, following the global repercussions presented by the COVID-19 pandemic.

According to the presentation contained in the memorandum of the Ministerial Committee for Financial and Economic Affairs and Fiscal Balance, the plan aims to achieve 5 initiatives.

The initiatives include creating promising job opportunities, making Bahraini citizens the first choice in the labour market, and employing 20,000 Bahraini nationals, in addition to providing training for 10,000 Bahrainis annually until the year 2024, as well as facilitating commercial procedures and increasing their effectiveness to attract foreign direct investments worth more than $2.5 billion USD by 2023. Additionally, the plan will aim to launch strategic projects worth more than $30 billion USD, developing promising sectors, contributing to the growth of non-oil GDP by 5% in 2022, and strengthening financial and economic stability in order to achieve fiscal balance by 2024. 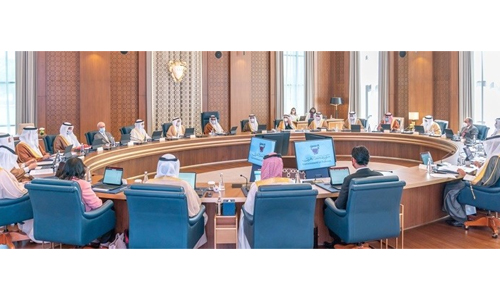 1- A memorandum by the Minister of Cabinet Affairs regarding the follow-up to the implementation of the 289 observations within the 2020_2021 National Audit Office (NAO) Annual Report. The Cabinet decided to refer 3 observations that may have criminal suspicions to the General Directorate of Anti-Corruption and Economic and Electronic Security, as well as refer 12 observations to the Ministerial Committee for Legal and Legislative Affairs, and 274 observations for administrative follow-up with ministries and government agencies.

2 - The memorandum by the Ministerial Committee for Legal and Legislative Affairs regarding two MoUs between the Kingdom of Bahrain and the United Arab Emirates, which aim to expand new areas for bilateral cooperation between the two countries.

3- A memorandum by the Ministerial Committee for Legal and Legislative Affairs on a draft decision regulating how to respond to foreign requests to recover assets and funds obtained from criminal activity, with the aim of combating corrupt practices and returning funds of illegal source to their countries of origin.

4- A memorandum by the Ministerial Committee for Legal and Legislative Affairs regarding a UN request to implement an agreement regulating the relationship between the Kingdom of Bahrain and the UN Resident Coordinator after its decision to separate its duties from the UNDP Resident Representative.

The Cabinet reviewed the following topics:

1- A memorandum by the Ministerial Committee for Legal and Legislative Affairs on a draft law amending some provisions of the decree-law regarding the transfer and transplantation of human organs.

The Cabinet then took note of ministerial reports, including; participation in the 76th session of the Executive Office of Arab Ministers of Social Affairs Council, the Sixth Ministerial Consultation meeting of Asian Labor Sending and Receiving Countries “Abu Dhabi Dialogue (ADD)”, and the foreign participations of ministers and the visits of foreign delegations to the Kingdom of Bahrain for November 2021.

Bahrain High Court of Appeal upholds ruling against Future Bank and officials, Central Bank of Iran and other Iranian banks