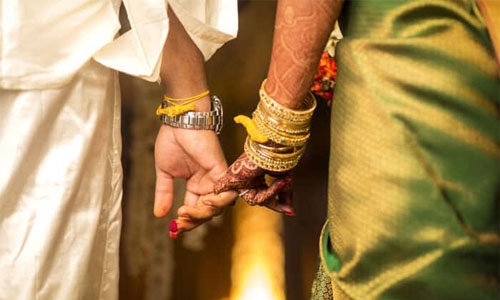 The High Administrative Court granted divorce to an Indian couple invoking the Hindu Marriage act of 1955 of India, as per rule number 21 of Bahraini law.

The case files say the husband was demanding a divorce from his wife for deserting him for the last ten years. The decision, the court said, is as per rule number 21 of Bahrain’s pleading law for disputes by non-muslim complainants.

This law allows resolving person status disputes by invoking the country’s law according to which the couple had registered their marriage for allowing divorce. Case files say the couples’ marriage life entered a downward spiral after spending 12 years together from 1997 to 2009.

Irreconcilable differences led them to live separately after that. The husband claimed before that court that his wife had abandoned him and produced two witnessed to prove his claims.

The witnesses told the court that the woman lived separately from the man for the last ten years. The court, accepting the man’s argument and witness testimonies, annulled the marriage. What does the Hindu Marriage Act say on divorce? Section 13 of the Hindu Marriage act of 1955 deals with divorce.

It sets the conditions on which a court could annul a marriage accepting a petition by either the husband or the wife. The act allows a divorce when one of the parties had voluntary intercourse with any other person other than their spouses, treated the petitioner with cruelty, or deserted the petitioner continuously for not less than two years immediately preceding the petition, among others.

It is, however, not the first time that a court of law in the Kingdom had invoked the Hindu Marriage Act in divorce petition cases. In a similar case last year, Bahrain’s major civil court had used the law in a divorce petition filed by a husband, who claimed that his wife had deserted him for the last two years.

The court, however, turned down his plea, saying that he had failed to provide a witness or any other proof to back his claims. The court also ordered the man to pay the litigation fees.

The latest statistics put Bahrain’s population at 1.54 million, of which 52.6% are foreigners. Around 74% are Muslims. Christians, the second-largest religious group, forms 10.2% and Jews 0.21% of the total population. The percentage of local Bahraini Christians, Jews, Hindus and Baha’is is collectively 0.2%.