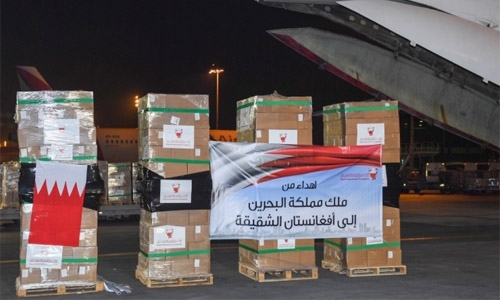 Within the framework of His Majesty King Hamad bin Isa Al Khalifa’s directives, the Secretary-General of the Royal Humanitarian Foundation (RHF), Dr. Mustafa Al-Sayed Al-Ameen, announced the arrival of the third shipment of relief aid to Afghanistan.

On the occasion, Dr. Al-Sayed extended sincere thanks and appreciation to HM the King for his directives to deliver aid to the Afghani people, praising the kind support enjoyed by the RHF from the government, led by His Royal Highness Prince Salman bin Hamad Al Khalifa, the Crown Prince and Prime Minister. 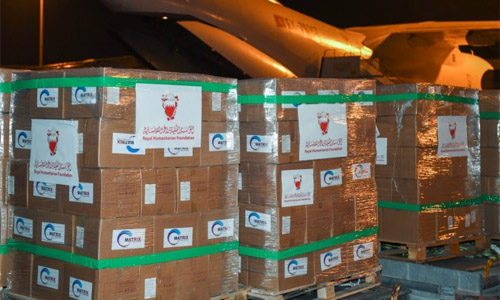 Al-Sayed indicated that the third shipment contained necessary medical, relief and food materials to alleviate the suffering of the brotherly Afghan people during the current period.