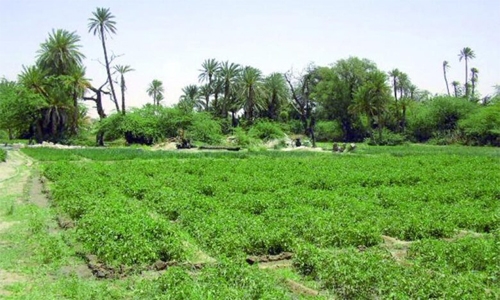 The Mumtalakat Holding Company yesterday welcomed a decision by the transitional government of Sudan to reinstate an agricultural investment deal signed with Bahrain after Sudan’s Northern state declared cancelling the agreement.

Earlier this week, the commissioner of the Investment Commission in the Northern State in Sudan, Bushri Al-Tayeb, announced cancelling the license awarded to Bahrain for the Khayrat Al Bahrain project, which spans 420 square kilometres of area in Al Dabbah locality. However, Sudan’s transitional government decided to reinstate the deal after talks with the Kingdom.

Mumtalakat thanked the Ministry of Foreign Affairs in Bahrain and Sudan for cancelling its decision to revoke the license granted to Bahrain.

“We are keen to invest in food security projects based on economic feasibility and considering logistical and supply factors.” The project in Sudan, the company said, faced logistical and technical issues related to its location, the impact of the Coronavirus (COVID-19) pandemic, and political developments in Sudan.

“Since taking responsibility for investing in the land of Khairat Al Bahrain, we had sought to complete a strategic study necessary to implement the project, despite the challenges it faces.” The project was also the first investment by Mumtalakat in agriculture outside Bahrain.

The 42 thousand–hectare investment land was granted to Bahrain by the Sudanese President Omar Hassan Al-Bashir. According to the agreement signed in June 2013, the land is for agricultural, livestock and fodder investment.

The value of assets in it was more than $200 million. Following the deal, in 2017, Mumtalakat established Khairat Al Bahrain Holding Company (Khairat) for the unique agricultural project in Sudan.

The project, which encompasses the establishment of a commercial farm, according to Mumtalakat, is located in the world’s richest expanse of groundwater (the great Nubian Sandstone Basin).

“The decision reflects the depth of the close ties between the two brotherly countries,” said Dr Abdullatif bin Rashid Al-Zayani, the Minister of Foreign Affairs, recently.

Dr Al Zayani also praised the efforts of Maryam Al-Sadiq Al-Mahdi, the Ministry of Foreign Affairs of Sudan, in reinstating the deal. The minister also said that Mumtalkat is in the process of completing a comprehensive study that includes the “Khayrat Al Bahrain” project in Sudan, in line with its objectives and investment vision.