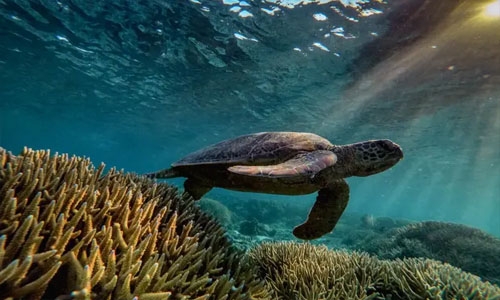 Bahrain and Saudi Arabia are backing Australia in its effort to keep the Great Barrier Reef off a list of world heritage sites in danger, said a report by the Guardian.

Bahrain and Saudi, both members of the 21-country committee, Guardian report said, are co-sponsoring amendments that back Australia and ask the world heritage committee to push back a key decision until at least 2023.

In a meeting on Tuesday night, Australian time, a senior official from the United Nations Educational, Scientific and Cultural Organization (Unesco) told Australia’s environment minister, Sussan Ley, during a face-to-face meeting in Paris the organisation had followed all necessary steps before recommending the reef be listed as in danger.

The world heritage committee will begin a 15-day meeting on Friday with a decision on the Great Barrier Reef currently scheduled for 23 July. In the amendments, the committee is being asked to reject Unesco’s official finding the reef was facing “ascertained danger” – a trigger for entry onto the “in danger” list.

Instead of asking the committee to decide next week on the “in danger” inscription, the amendments state that should not be considered until 2023 at the earliest.