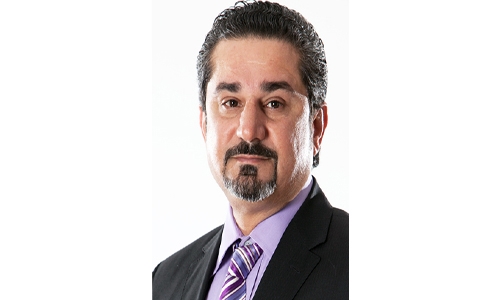 The private sector is a key partner in implementing the directives of His Majesty King Hamad bin Isa Al Khalifa to achieving self-sufficiency in the field of food security.

The initiatives include working to establish a government company that incubates food security projects, the development of a marine aquaculture centre in Ras Hayyan, allocating 26 sites for soilless farming and fish farming.

In his statement on the eve of the Fourth Annual Derasat Center’s Forum: “Strategies to Attain Food Security”, Al Amin said, “All stakeholders working in the food industry and trade sector in Bahrain are sufficiently ready to contribute efficiently to achieving the government’s ambitious goal declared by Deputy Prime Minister HE Shaikh Khalid bin Abdullah Al Khalifa during the forum, regarding moving Bahrain from the 49th rank in the year 2020 on the Global Food Security Index, to the 25th rank by 2030.”

Al Amin expressed the Bahraini private sector’s keenness to draw inspiration from all the directives of the government and to include them in its scope of work, to achieve sustainable food security in Bahrain, and support qualitative initiatives in the field of agriculture and fishing, as well as advance its contribution to the Kingdom’s non-oil GDP.

In this context, he pointed out that His Majesty’s directives on promoting food security during the pandemic were a national responsibility carried out by the stakeholders in the food trade sector and were implemented to the fullest, as food stocks in Bahrain became sufficient for no less than six months.

He expressed his confidence in the ability of this committee to implement the national vision related to food security.

Al Amin affirmed the need to build on the outcomes of this forum to integrate and develop all elements of food security, including agricultural and livestock production, fish farming, and national food supply.

This is in addition to developing national capacities in the field of food industries, boosting the national production rate, employing modern technology, securing food sources, and benefiting from the expertise of brotherly countries to achieving the desired national goals.

“The level of food security in Bahrain is reassuring, and the Bahraini markets are linked to a reliable and active regional and global supply chain. There is a great abundance in various food items that are not affected by seasons or other events such as the holy month of Ramadan and the COVID-19 pandemic, which proves Bahrain’s readiness to provide food to the population sustainably and at all times and circumstances” said Al Amin.