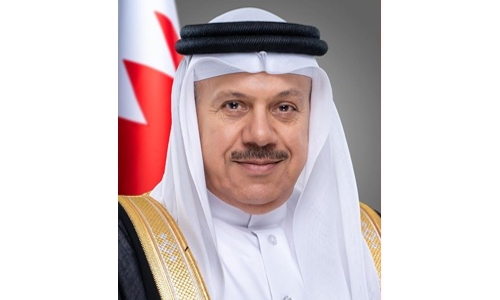 Foreign Minister Dr Abdullatif bin Rashid Al Zayani affirmed that the Kingdom of Bahrain hopes that the State of Qatar will take into account in its foreign policy the unity of the Gulf, and the bonds of kinship, common history and mutual interests, and that the two brotherly peoples and countries share a common destiny.

He noted that the Kingdom of Bahrain sent two official invitations to the Deputy Prime Minister and Minister of Foreign Affairs of the State of Qatar, Shaikh Mohammed bin Abdulrahman Al Thani, to send a Qatari delegation and hold bilateral talks between the two countries in the Kingdom of Bahrain to settle the issues between the two sides, in implementation of what was stipulated in the Al-Ula summit statement, and to move forward in strengthening the process of joint Gulf cooperation.

He added that the unity among the member states of the GCC is demand for all its people, which was stipulated in the Al-Ula summit statement, which emphasized the commitment of states to their solidarity in not violating the sovereignty of any other member state, threatening their security, or targeting the national cohesion of their peoples and their social fabric in any way, and by standing fully in the face of what prejudices the national and regional security of any of them.

Dr Al Zayani affirmed that the Kingdom of Bahrain looks forward to having Qatar take the right and necessary steps to achieve Gulf unity in all its aspects.

He called on the State of Qatar to constructively interact with the decision of the ICAO Council regarding amending the regional plan for air navigation for the Middle East, which calls upon the two countries to allow the good offices of the President of the Organization to reach a consensus between the two countries on regulating air traffic in the region, in a manner that guarantees the security and safety of international civil aviation and preserves the rights of all countries, which will lead to consolidating Gulf unity and strengthening the process of joint Gulf cooperation towards greater integration and interdependence.