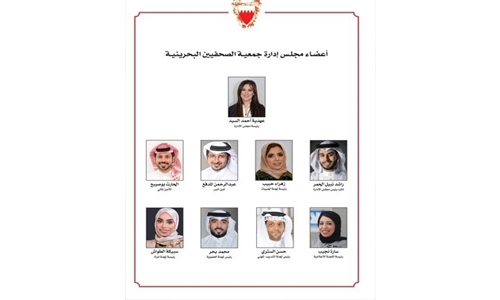 BJA Chairperson Ahdia Ahmed Al-Sayed said the book contained words written by the participants in the expression of their good feelings towards HM the King, the first supporter of journalism and journalists in the Kingdom of Bahrain.

She added the press community in the kingdom wanted through this book to show their feelings towards HM the King marking the historical occasion and keep the initiative carved in the national memory. She paid tribute to HM the King for his unlimited support to the press and media field in Bahrain.

BJA extended congratulations to HM the King and His Royal Highness Prince Salman bin Hamad Al Khalifa, the Crown Prince and Prime Minister on Bahrain Press Day. It praised the contributions of the founders of the Bahrain press by setting up newspapers that have contributed substantially to the kingdom’s growth, citing particularly the author, poet and journalist Abdullah Al-Zayed, the founder of the “Bahrain” newspaper in the 1930s.