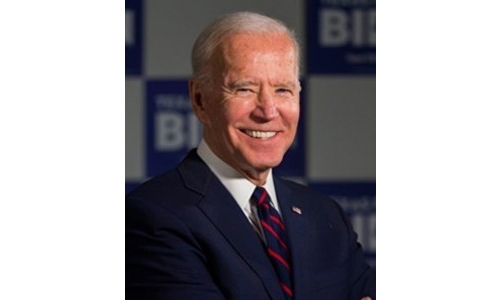 US President Joe Biden said Friday it was still unclear how seriously Iran was taking the ongoing diplomatic efforts to revive the nuclear deal, the Deutsche Presse Agentur (DPA) reported.

Diplomats at negotiations in Vienna hope to achieve a roadmap that would see Washington lift its sanctions on Iran and Tehran reinstate restrictions on its nuclear programme.

Asked by a journalist at the White House if he thought Iran was taking the talks seriously, Biden said he did.

"But how serious and what they're prepared to do is a different story," Biden said, adding that all sides were still talking.

Later, White House Press Secretary Jen Psaki said some progress had been made but that "we always knew that this would be a long process."

The nuclear accord has been hanging by a thread since 2018 when then-US President Donald Trump pulled the US out and Tehran began to increasingly violate its terms.

Negotiators are trying to get both Iran and the United States to fully recommit to the deal, which would mean Iran coming back into compliance and Washington easing sanctions that have crippled Iran's economy.

Time is pressing as Iran is due to elect a new president in June. Hassan Rowhani, the incumbent, cannot run again. A new leader or changes to the negotiating team could complicate the talks.