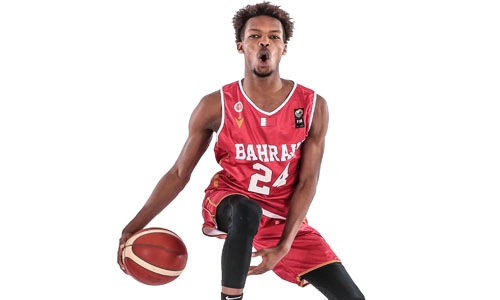 Bahraini basketball star Muzamil Ameer Hamoda is one of Asia’s most talented young players, and he’s now making a name for himself in the US.

With the support of the Bahrain Olympic Committee (BOC), 18-year-old Muzamil has received a scholarship at Bridgton Academy, an all-male college preparatory in Maine.

He is the first local player to have received a grant of this kind, and it comes in line with the vision of Supreme Council for Youth and Sports chairman His Highness Shaikh Nasser bin Hamad Al Khalifa in support and encouragement of the Kingdom’s outstanding athletes.

In an exclusive interview with TDT Weekender Sports from America, Muzamil says that he is extremely honoured to have been given the opportunity, and he is determined to make the most of it.

“This means a lot to me; to do something like this has always been a dream of mine,” says the six-foot, six-inch versatile forward, who is exceptional at both ends of the floor.

“I’m extremely excited and proud to be the first from Bahrain to get this chance.”

Muzamil first showcased his limitless potential as part of Manama Club as well as a member of Bahrain’s youth national team. He won a number of national titles at his age-level with Manama, while also helping the Kingdom attain gold in regional tournaments.

In 2018, Muzamil took the continent by storm, emerging as one of the top performers at the 2018 FIBA Under-18 Asian Championship held in Thailand.

There, he helped spearhead Bahrain to a surprise quarter-final appearance—before eventually finishing an impressive seventh overall among the 16 participating nations—while upsetting heavily favoured opposition such as South Korea and Chinese-Taipei, and also standing toe-to-toe with Asian basketball powerhouses like Japan and the Philippines.

Muzamil has since been an integral part of both Manama’s first team and the Kingdom’s senior men’s national team. He last represented Bahrain in qualifying for the prestigious FIBA Asia Cup, which is set to be held next year.

“It is a wonderful chance to learn about sports professionalism abroad, and I can show what local players from Bahrain can do internationally,” Muzamil says.

“I hope that this opportunity I’ve been given helps open doors to other talented athletes in the future.”

It is also a step forward to helping him fulfil his life-long aspirations. “My ultimate dream is to play professional basketball, maybe even in the NBA,” Muzamil reveals, while noting that his favourite player is LA Lakers superstar LeBron James.

Bridgton basketball has a rich tradition, and it has helped dozens of players get recruited to Division I schools in the US.

BOC secretary general Mohammed Al Nusuf met with Muzamil before he departed for the US to join Bridgton.

During their discussions, Al Nusuf emphasised the BOC’s keenness to encourage young and distinguished Bahraini athletes to further their studies and benefit from opportunities abroad, as the Kingdom invests in its national talents.

Al Nusuf said that these are in implementation of the directives of Supreme Council for Youth and Sports first deputy chairman and BOC president His Highness Shaikh Khalid bin Hamad Al Khalifa.

Al Nusuf praised the outstanding potential of Muzamil and wished him continued success in his time at Bridgton.

Tennis tip of the week with coach Dan Barrie: Bend then extend on your forehand