Beating the pandemic | THE DAILY TRIBUNE | KINGDOM OF BAHRAIN 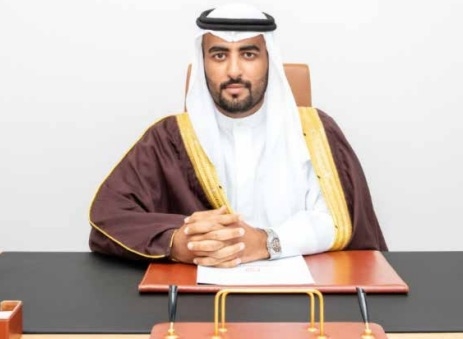 The virus-induced downturn had little effect on the Kingdom’s development drive, with Bahrain awarding 769 tenders and auctions valuing around 631.9 million dinars during the first half of the year alone, revealed a top official.  Construction and engineering consultancy sectors emerged as the most active during the period, with its tender value touching an estimated BD222.4 m.

This was announced by Sheikh Nayef bin Khalid Al Khalifa, the Chairman of the Tender and Auctions Board.  Closely following was Oil and gas sector with around 157.4 m dinars, Materials and equipment sector with BD110.6 m, Services, auctions and investment sector with BD76.5 m and the Aviation sector with BD65.0 m.

The award rate, Shaikh Nayef said, indicates the stability enjoyed by various sectors and confirms the “sustainability of development services” in the Kingdom.  The figures also stand as proof to Kingdom aspiration to provide the best service to citizens and achieve sustainability in light of the extraordinary circumstances the world is going through.

47 government tenders Shaikh Nayef also announced awarding 47 government tenders, worth BD8.25 m, during the first half of the year.  The tenders, he said, were for supporting small and medium enterprises in the Kingdom, thanks to the Council of Ministers for granting preference to SMEs sector.

Moving on, he said the digitalisation of tendering process contributed greatly in increasing the efficiency of bidding processes, which also meet the best global practices.  The Tender Board announced its first fully online tender following the launch of the second phase of the online tender system. Board moved to automate all the auctions of tenders, beginning April this year.

Tatweer tops with BD149.875 m According to the board’s semi-annual statistics, Tatweer Petroleum ranked first in terms of awarded tenders amounting to a total value of BD149.857 m.  Electricity and Water Authority followed with BD115.414 m, Ministry of Housing with BD90.196 m, Ministry of Works, Municipalities Affairs and Urban Planning with BD62.427 m and Gulf Air with BD59.017 m.

Value of awarded tenders by rest of the organisations amounted to BD154.989 m. EWA 136 tenders When it comes to the number of tenders, Electricity and Water Authority topped with 136 tenders, followed by the Ministry of Works, Municipalities Affairs and Urban Planning with 81 tenders, Ministry of Health with 76 tenders, Gulf Air with 75 tenders, and a development company with 59 bids.

Tender Board, Shaikh Nayef said, has maintained positive indicators in terms of optimal bidding methods, as public tenders accounted for 72.1 per cent of the total.  “This confirms that the board is moving forward with international best practices,” added Shaikh Nayef.

BD90m housing projects The board, he said, also awarded several tenders related to prominent service projects in the Kingdom which benefits citizens and residents directly.  Shaikh Nayef said the board awarded tenders for the Ministry of Housing to build and maintain housing units and apartments which comes to around BD90 m.

The board also awarded tenders in electricity, water, infrastructure and sanitation sectors, with an estimated value of BD150 m.