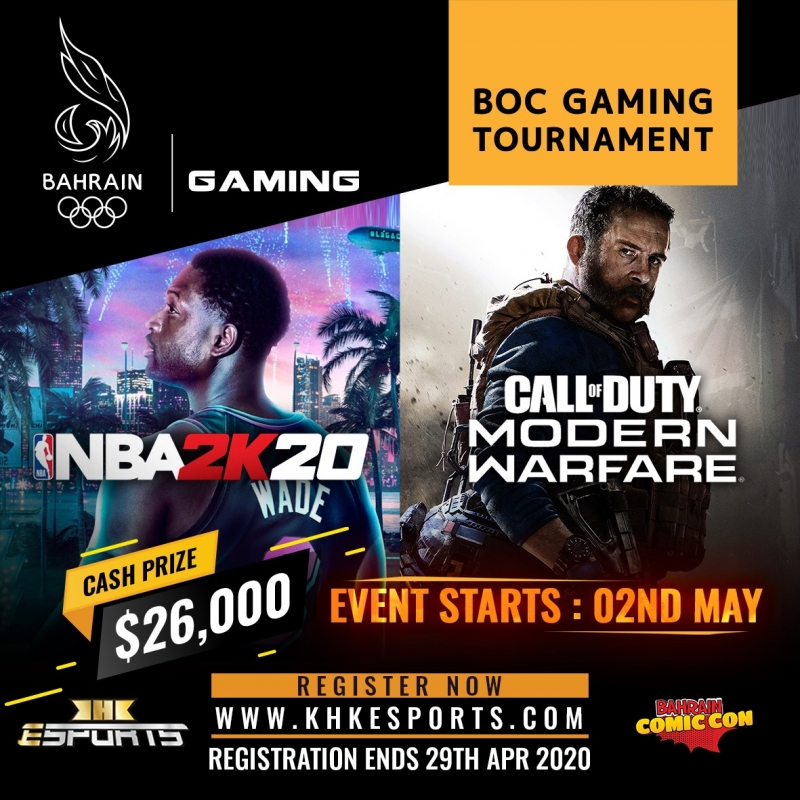 With the huge success of the first eGaming tournaments, under the initiative of His Highness Shaikh Khaled Bin Hamad Al Khalifa, the Bahrain Olympic Committee Championship for electronic games in association with KHK eSports and Bahrain Comic Con announce the second BOC Gaming Tournaments on the 2nd of May.

Citizens and residents of all ages will have the opportunity to compete in both NBA 20K20 and Call Of Duty, Modern Warfare tournaments from home whilst the country supports the Government's precautionary measures against the spread of Coronavirus (COVID-19).

For those who prefer to watch the action rather than participating, Call Of Duty will be live-streamed with commentary for the public on YouTube.

With a cash pool prize of $26,000, these tournaments are set to be as successful as the first tournaments.