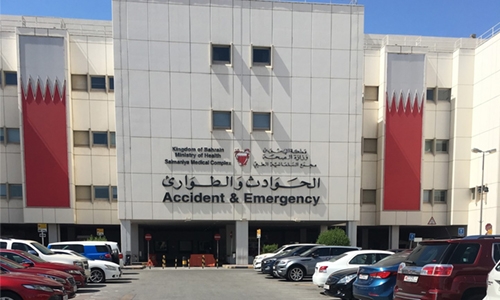 Six hundred new parking spots will be made available in the Kingdom’s largest hospital through a new multi-storey car park, it is learnt. This comes as a remedy for parking woes at Salmaniya Medical Complex. Bahrain Real Estate Investment Company (Edamah), the real estate arm of Bahrain Mumtalakat Holding Company along with the Ministry of Health and Al Ghanah Group has already signed an agreement to build the car park area.

“The car park will be build on a 5,700 square-metre ground and will provide 600 parking spots,” a ministry official said. This is part of the steps the authorities are taking to improve the state of public health care, the official added.

The signing of the agreement follows issuing the tender for the project earlier this year for constructing the building. The project has already undergone a technical and financial evaluation.  Giving further details about the project, Edamah stated: “In an area well known for being the busiest hospital within the Kingdom, the Salmaniya multi-storey car-park development aims to provide the Salmaniya Medical Complex  with an effective and efficient parking facility.”

“The proposed car-park will be strategically located, northeast of the Salmaniya Medical Complex on a 5,700-square metre plot and in proximity to two main roads, Salmaniya Avenue and King Abdulaziz Street. “The development aims to be carefully designed adding towards the urban fabric of the area; with the developments key component being car parks amongst other facilities that will be provided.” Meanwhile, a number of measures are being taken to ensure the reduction in waiting time for patients at the accident and emergency section of SMC.

In response to a parliamentary question, the Minister of Health, Faeqa Al Saleh said that the measures to be taken include redirecting some non-emergency cases to the health centres, training the public on CPR, training the public with basic skills to attend certain cases at home and updating the systems for the department.

The ministry is updating its system in line with the system used in the UK called the Manchester Triage System, the minister said. The new system will adopt a more efficient mechanism in categorising patients received at the section based on the severity of the injuries/illnesses of the patients, it is learned.