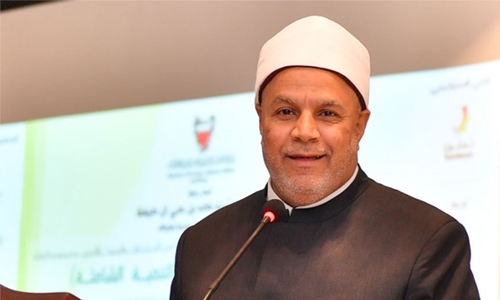 Dr Mohammed Abu Zeid El Amir commended the great role played by RCO Secretary-General, as member of the Board of Trustees of the Egyptian House of Zakat and Alms for the second consecutive term, noting that he has been one of the pillars of the House of Zakat and Alms since its establishment by its Board of Trustees President, the Grand Imam of Al Azhar, Dr Shaikh Ahmed Al Tayyib.

Al Azhar University Vice-President made the statements during the opening of the international conference on “Zakat and Comprehensive Development”.