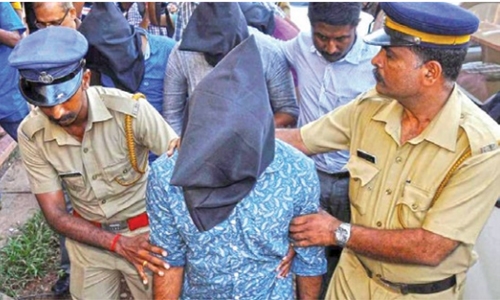 An ex-Bahrain resident was instrumental in luring many Keralites into Islamic State and he even translated some of the extremist texts into Malayalam, the language spoken in the Indian state of Kerala, according to Indian investigators. The National Investigation Agency (NIA), which is India government’s specialised wing to probe into terror crimes, has found that it was a former expatriate of the Kingdom, who translated an Arabic book on Jihad to Malayalam which was widely used by Islamic State (IS) operatives to brainwash young minds in Kerala, The New Indian Express reported.

“It was a probe into the radicalisation of a group of Keralites in Bahrain, who later joined IS in Syria, that helped the NIA get vital information about other IS modules comprising persons from the state,” the newspaper said. The premier investigation agency has found that Muhammed Mansoor alias Abu Haniya Al Hindi, 34, a resident of Kondotty, in Malappuram district, had translated extremist texts to Malayalam. He was working in Bahrain till October 2015 before moving to Syria with his family.

According to sources at the Ministry of Home Affairs, it was in 2016 Mansoor translated the book while working for the IS in Syria. “The text were part of the key literature used by IS handlers to radicalise vulnerable youth in Kerala. The book in PDF format was used for online propaganda. The NIA recovered the hard copy as well as soft copies from IS operatives arrested in other IS-related cases registered in the state,” an officer with NIA was quoted by the newspaper.

An Interpol Blue-corner notice has been issued to trace out Muhammed Mansoor; Mansoor Nittoorveetil alias Abu Hajar Al Hindi of Vadakara; Shahanad alias Abu Yasar Al Hindi of Chalad, Kannur; Fajid Hamsa alias Abu Muhammed of Koilandy, Kozhikode; Safeer Rahman alias Abu Hisan of Perumbavoor; and Mukadis Poolat of Wandoor in Malappuram. These persons are accused in the Wandoor IS case which pertains to conducting a secret meeting at Wandoor in 2017.

NIA could arrest Shaibu Nihar V K alias Abu Mariyam of Koduvally, Kozhikode, who could not reach Syria in spite of multiple attempts.  Recently, the national agency had submitted a charge sheet in the court in Kochi. The probe revealed that accused persons attended classes at a centre in Bahrain which has links with extremist scholars in Kerala. After the formation of IS in 2014, it was Hamsa U K, a Kannur native and accused in Valapattanam IS case, who advised the group to join the IS by migrating to Syria, the newspaper said.

“Shahanad, who had worked for PFI in Kannur, was the first to move to Syria in September 2015. Muhammed Mansoor and Mansoor Nittoorveetil along with their families moved to Syria in October 2015. In 2016, Fajid, Safeer and Mukadis held a meeting at Vaniyambalam and Perumbavoor after returning from Bahrain. These persons later reached Syria via Turkey in 2016,” the officer added. Shaibu Nihar had made two attempts to reach Syria in 2016 and 2017.

In the last attempt, he managed to reach Turkey but returned after authorities did not allow him cross the border.  The NIA also gathered evidence on Shaibu Nihar sending money from Bahrain to Syria.