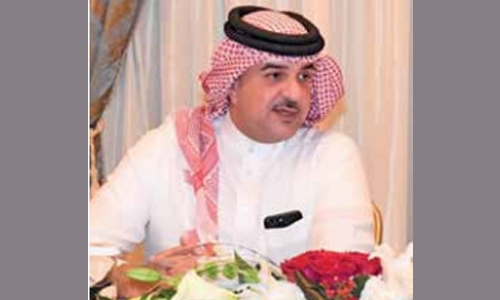 Bahrain’s national waste management strategy is on the right track, said His Majesty’s Personal Representative and President of the Supreme Council for the Environment (SCE) His Highness Shaikh Abdulla bin Hamad Al-Khalifa. The plan was endorsed by the Cabinet in February 2018, based on the recommendation of the Executive Committee, chaired by HRH Prince Salman bin Hamad Al-Khalifa, the Crown Prince, Deputy Supreme Commander and First Deputy Premier.

HH Shaikh Abdulla directed to set up an across-the-board committee to follow up on the implementation of the waste management strategy and submit periodic reports on its progress.   Works, Municipalities Affairs and Urban Planning Minister Essam bin Abdulla Khalaf gave a presentation on initiatives undertaken by the ministry.

The presentation shed light on the landfill project which was awarded by the Tender Board, under a three-year contract, to the Urbaser company, which will undertake its management from September 2019.  The meeting further discussed the recycling of construction waste in cooperation with the private sector for infrastructure projects. The contract was awarded in January 2019 to Nass Company, which contributed to slashing waste dumped in the landfill by 50pc.