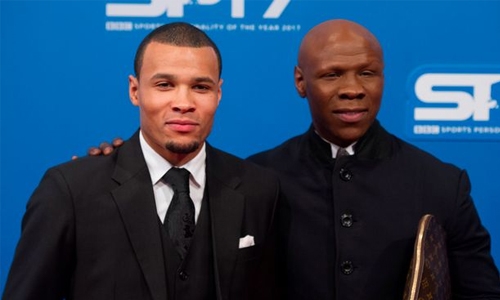 Boxing royalty is supporting BRAVE Combat Federation’s vision for the development of mixed martial arts in Europe and beyond. BRAVE CF has announced that both Chris Eubank Jr. and his father Chris Eubank Sr. will also be in attendance to witness a historic evening at the Copper Box Arena, inside the Queen Elizabeth Olympic Park on July 25th.

BRAVE 24: London will be an invite-only show, designed to connect the highest level of influencers, celebrities, businessmen and politicians to the sport of MMA, as BRAVE Combat Federations seeks to elevate the sport to another level in terms of building a new global ecosystem, focused on the sports industry instead of the events industry.

At 29 years of age, Chris Eubank Jr. is the current IBO Super-Middleweight champion, having regained the title against fellow Brit James DeGale in February of this year. Before that, Eubanks Jr. won the interim WBA Middleweight title as well as the British Middleweight title.

The current champ is also the son of a legend of the sport. Chris Eubank Sr., one of the best boxers of his generations, held world titles in two different weight classes, winning the Middleweight and Super-Middleweight belts for WBO. He was undefeated for the first ten years of his career and remained without a loss at Middleweight.

Both father and son will enjoy an unforgettable gala night, with the most luxurious MMA experience ever, as American Bubba Jenkins defends his BRAVE Combat Federation world Featherweight title against former Lightweight world champion Lucas “Mineiro” Martins in the main event.