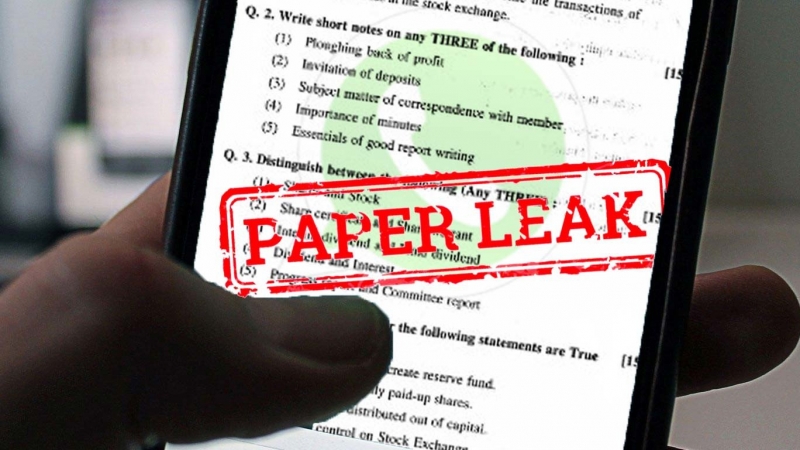 A female public school teacher has confessed to leaking the question papers of a seventh-grade final examination to her students through WhatsApp. Southern Governorate Chief Prosecutor Noor Shehab said she confessed to the crime after investigators confronted with evidence. She is looking at jail terms of up to five years if found guilty.

The High Criminal Court will begin a trial on 22 May 2019 in the case. The intermediate school teacher allegedly took pictures of the seventh-grade question papers and sent it to some of her students through WhatsApp before the exam. An investigation was triggered when education ministry officials notified public prosecution about the leak.

The teacher was accused of a crime as per Article 371 of the Kingdom’s Penal Code.    The prosecution has interrogated the suspect, heard witnesses’ testimonies and viewed the evidence.

Article 371 of the Penal Code stipulates: “A punishment of imprisonment for a period not exceeding one year or a fine not exceeding BD100 shall be inflicted on a person who divulges a secret entrusted thereto in his official capacity trade, profession or art in conditions other than those prescribed by the law or uses it for his personal benefit or for the benefit of another person, unless the person concerned with the secret allows the divulgence or use thereof.”

However, the article stipulates that punishment should be severe in the case of public servants. “The punishment shall be imprisonment for a period not exceeding 5 years if the perpetrator is a public servant or an officer entrusted with a public service to whom the secret has been confided during, because or because of performing his duties or service,” Article 371 mentioned.

Man dies after falling from eleventh floor of building