‘Look out for Bahrain’ | THE DAILY TRIBUNE | KINGDOM OF BAHRAIN 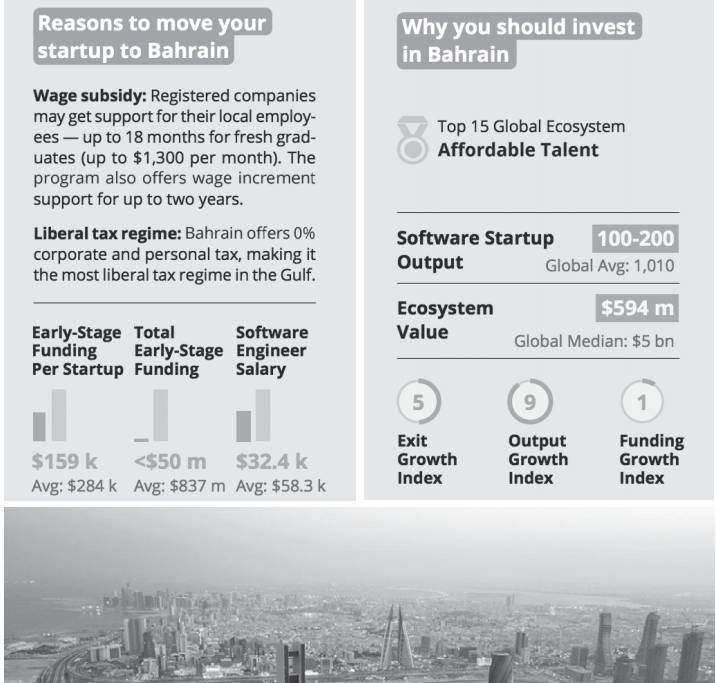 Bahrain has been ranked one of the top 10 ecosystems in the world with the largest share of female founders, according to a new ranking from accelerator and research group Startup Genome.

The 2019 Global Startup Ecosystem Report (GSER) also identified the Kingdom as one of the top 15 ecosystems in the world for the availability of qualified talent. While valuing the worth of Ecosystem created by the Kingdom as $594 million, the report further highlights wage support and a liberal tax regime as reasons a startup should move to Bahrain.

The report places Bahrain among the top performing ecosystems among countries from Europe and the Middle East to look out for in terms of FinTech. Tamkeen engaged Startup Genome to benchmark Bahrain against more than 50 ecosystems globally in 2019’s GSER.

The GSER is the world’s most comprehensive and widely-read research on startups based on data from thousands of startup founders and research on millions of companies. The report was launched yesterday at The Next Web Conference. Commenting on the report, Tamkeen Chief Executive Dr. Ebrahim Mohammed Janahi praised Bahrain’s global achievements in demonstrating a supportive startup ecosystem.