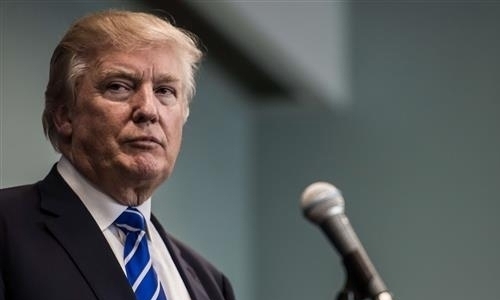 The acquisition of Lattice Semiconductor Corporation, a publicly-traded Oregon company, by Chinese-owned Canyon Bridge Fund could endanger the US government's use of sensitive products the company produces, the Treasury Department said in a statement.

The Trump administration has adopted an aggressive stance towards China on trade and national security matters, launching wide-ranging investigations into the national security ramifications of Beijing's trade in aluminum and steel.

Trump has the authority to block foreign investments he deems national security threats through the Committee on Foreign Investments in the United States, an interagency committee.

In the case of Lattice, CFIUS and the president decided "the transaction poses a risk to the national security of the United States that cannot be resolved through mitigation," the Treasury said in a statement.

The decision prohibited Canyon Bridge, its partner Yitai Capital and Yitai's parent, the China Venture Capital Fund Corp (CVCF), from purchasing the US firm, which serves the consumer, communications and industrial markets.

The Treasury said the deal posed a national security risk due to Beijing's support for the transaction, the potential transfer of intellectual property to the foreign investors, and the importance of the semiconductor supply to the US government, including Lattice's products.

China's Ministry of Commerce expressed "concern" over the decision Thursday.

Spokesman Gao Feng told reporters at a regular press briefing that while each country has a right to probe investments in "sensitive fields", the power should not be used as "an instrument for implementing protectionism."

China "hopes relevant countries can treat Chinese companies' overseas acquisitions objectively and impartially, give fair treatment to such normal business practices, and create a reasonable and transparent business environment to avoid impacting investors' confidence," he said, according to a transcript of the remarks on the ministry's website.

Lattice manufactures programmable logic devices, which are semiconductors that can be programmed to provide functions similar to chips, the statement said.

Trump personally intervened in the process after the companies appealed to him directly to overrule the CFIUS ruling, according to The Wall Street Journal.

"It is important to note that the US government has been particularly concerned with foreign investment, particularly Chinese investment, into the US semiconductor industry for years," said Lawrence Ward, a partner at the international law firm Dorsey & Whitney in global business focusing on US national security law.

"It is likely premature to think that the Trump administration is taking a hawkish approach to Chinese investment across all industry sectors but, of course, only time will tell," Ward said.