Beware of cyber blackmail! | THE DAILY TRIBUNE | KINGDOM OF BAHRAIN 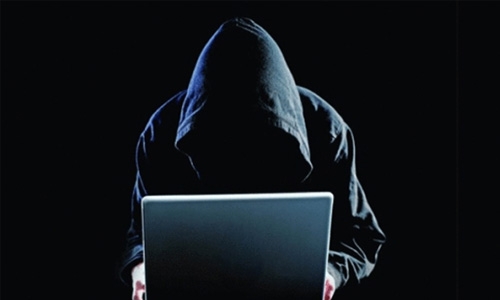 Manama : Citizens beware! Security authorities in the Kingdom have warned of a new form of cyber crime - online blackmailing.

According to Interior Ministry’s Anti-Cybercrime Directorate, social media users are lured by persons with accounts claiming to be Arab females and then leading them into indecent conversations to be blackmailed later. The directorate explained that the victims are blackmailed after they are filmed in inappropriate positions as the person on the other side of the screen threatens to expose the footage and share it on the web.

“Blackmailers would usually reach out to you claiming to be women from Arab countries with seductive display pictures on their accounts. They would attempt to lure you into starting conversations with them. Then, they would request to switch to videoconferencing. Beware of them, don’t give them your personal information and block them immediately,” the directorate advised public on its official Instagram page.

A Bahraini victim recently shared his “terrifying” experience with DT News. The university student informed that he had received a friend request on Facebook from a girl claiming to be a Moroccan national.

“At first, we began chatting and then videoconferencing. We did this for a few months. By then, we developed some sort of a distant relationship. We completely exposed ourselves to each other through the camera,” the victim told on condition of anonymity.

“One day a man called me, informed me that he possess inappropriate footage of me and threatened to post them online. Using the same account of the girl I was talking to, the man sent me proof of the footage he has and a list of all of my friends and family members on Facebook. He asked me to send BD100 to an address in Morocco so he would delete the videos,” the victim added.

“If you have been victimised by a similar situation, you should immediately block the account so you would prevent him/her from reaching to your friends’ list. If the link to the video was shared with you, report it immediately. Don’t worry it will be removed. Don’t send any amounts to the blackmailers under any circumstances, because they will continue blackmailing you. Finally, report the case to the directorate’s hotline on 992,” the directorate instructed.

Such cases could be reported by personal attendance at the directorate’s headquarters in Adliyah on 17718888 or 992, or sending a message along with proof through What’sApp on +97332000367.