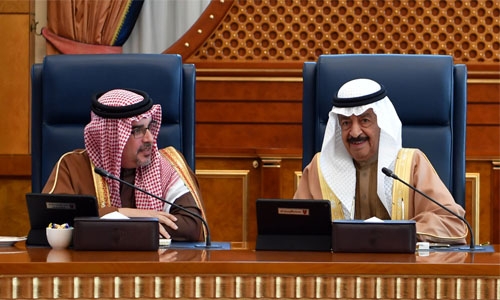 Commenting on the Crown Prince’s visit, the Prime Minister lauded the joint agreement between the two nations to consolidate areas of bilateral cooperation in the economic, investment and security fields, hailing the timing and fruitful outcomes of the visit. He also lauded the key role played by Saudi Arabia, led by the Custodian of the Two Holy Mosques, in supporting Bahrain and enhancing the joint action of the Gulf Cooperation Council.

The official Bahraini-Saud talks was co-chaired by HRH Crown Prince and the Saudi Crown Prince. HRH Premier also lauded the successful efforts of the Saudi security authorities which led to the busting of four terror cells in Saudi Arabia.