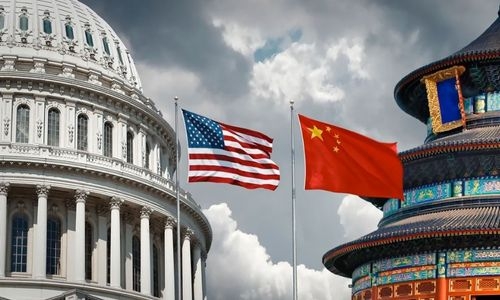 China and its military “significantly” increased efforts to engage with Middle Eastern countries, according to a Pentagon report released yesterday.

The report on China’s military, released annually, also warned that Beijing was on track to have 1,500 nuclear warheads by 2035.

The Pentagon believes China has over 400 nuclear warheads in its current stockpile.

“The (Chinese army) plans to basically complete modernisation of its national defense and armed forces by 2035.

If China continues the pace of its nuclear expansion, it will likely field a stockpile of about 1,500 warheads by its 2035 timeline,” the report read.

As for the Middle East, the Pentagon highlighted two “key shifts” that China made in 2021 in how it went about the socalled Belt Road Initiative.

This could help China expand the international market share of its medical products, strengthen its bid for a role as a global public health leader, and identify the need for new Belt Road Initiative (BRI) projects.

The Digital Silk Road is one way China delivers its technology to other countries, which they try to leverage to “propagate” their own technology standards as they try to set global standards for next-generation technology, according to the Pentagon.

Some of these methods include Chinese investments in 5G networks, undersea cables and data centers.

It also includes satellite navigation systems, artificial intelligence, and quantum computing for domestic use and export.