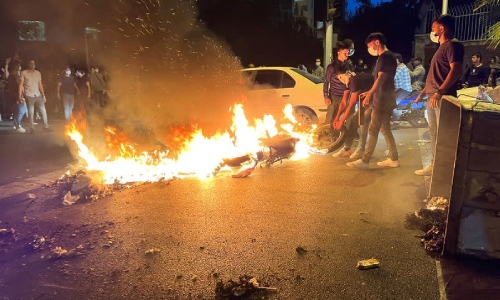 Protesters rallied across Iran and strikes were reported throughout the country’s Kurdish region on Saturday as demonstrations against the death of a woman in police custody entered their third week.

The protests, sparked by the death of Mahsa Amini, a 22-year-old from Iranian Kurdistan, have spiralled into the biggest show of opposition to Iran’s clerical authorities since 2019.

In Tehran’s traditional business district of Bazaar, anti-government protesters chanted “We will be killed one by one if we don’t unite”, while elsewhere they blocked the main road with a fence torn from the central reservation, videos shared by the widely followed Tavsir1500 Twitter account showed.