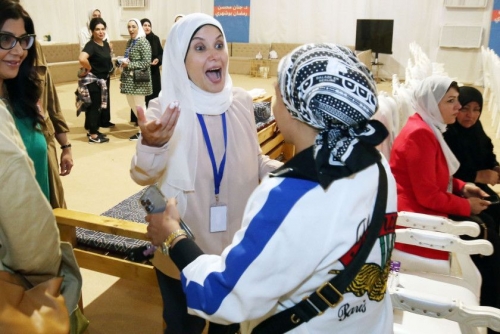 Women returned to Kuwait’s national assembly on Thursday as the opposition won a majority in the Gulf ’s only fully elected parliament, which held its sixth election in a decade.

Twenty-eight of the 50 seats were won by opposition candidates as 20 former MPs were ousted, including three former ministers.

Kuwait, which borders Iraq, Saudi Arabia and Iran and is one of the world’s biggest oil exporters, has held 18 elections since the parliamentary system was adopted in 1962.

Victories for former minister Jenan Bu Shehri and Alia Al Khaled ensured a female presence in parliament after an all-male assembly was elected in 2020. Kuwait has never had more than four women MPs.

Two candidates won from prison, a first for Kuwait, after they were charged with participating in illegal by-elections. Hamid Mehri Al Badhali and Marzouq Al Khalifa were eligible to stand for election because their case does not affect honesty or honour, as per Kuwaiti law.