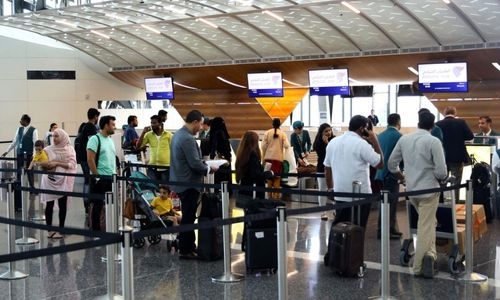 Authorities in Qatar on Wednesday announced entry and exit regulations to and from the country during the Fifa World Cup, including the suspension of entry for visitors effective from November 1, 2022.

Officials, however, explained that holders of Hayya Card will be allowed to enter the country during this period and they can stay in Qatar until January 23, 2023. The Hayya Card is a Fan ID issued by the government of Qatar for fans who hold match tickets for the 2022 Fifa World Cup. While the authorities have exempted some categories from the rule, they have called on all to abide by decision.

Qatar will become the first Arab country to host the World Cup, the biggest sporting spectacle on the planet.

The 2022 Fifa World Cup will take place from November 20 to December 18 with hosts Qatar taking on Ecuador in the opening game. Fifa president Gianni Infantino has said it will be the "best-ever" World Cup and that foreign fans will have an experience like a "child going to Disneyland for the first time and seeing the attractions and the toys".

Here's a look at the new entry and exit rules: