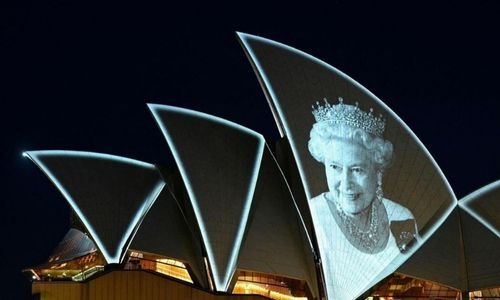 King Charles was officially proclaimed head of state of both Australia and New Zealand at ceremonies on Sunday in the nations' capitals. In New Zealand, the proclamation of Charles as monarch, taking over from Queen Elizabeth who died on Thursday aged 96, took place in the parliament in Wellington. Speaking from parliament's steps, Prime Minister Jacinda Ardern said the event acknowledged the queen's son, "His Majesty King Charles III as our sovereign".

Ardern told a crowd that in the wake of the queen's death, New Zealand had entered a time of change. "King Charles ... has consistently demonstrated his deep care for our nation," she said. "This relationship is deeply valued by our people. I have no doubt it will deepen."

In Australia, Governor General David Hurley, the British monarch's representative in Australia, proclaimed King Charles as head of state at Parliament House in Canberra. The proclamation was marked by a 21-gun salute.

The British monarch is the head of state in Australia as well as New Zealand, among 14 realms outside the United Kingdom, although the role is largely ceremonial.

Earlier, Australian Prime Minister Anthony Albanese said a national day of mourning for the queen would take place on September 22, with the day to be a public holiday.

Albanese said he would travel to London on Thursday, attend the queen's funeral on September 19 then return to Australia on September 21. "Then the National Day of Mourning and the memorial service is set to be the day after," he told ABC television.

"That's to allow people to pay their respects for the passing of Queen Elizabeth," the prime minister said. Albanese said Australia had offered to fly 10 of his Pacific Island counterparts and New Zealand dignitaries to Britain for the queen's funeral.

Asked about how Australians would view the new monarch, Albanese said King Charles would have to "forge his own path". As a mark of respect, national flags in Australia are at half mast, parliament has been suspended and a giant portrait of the queen was displayed on the sails of the Sydney Opera House.