Why the Abraham Accords Matter | THE DAILY TRIBUNE | KINGDOM OF BAHRAIN 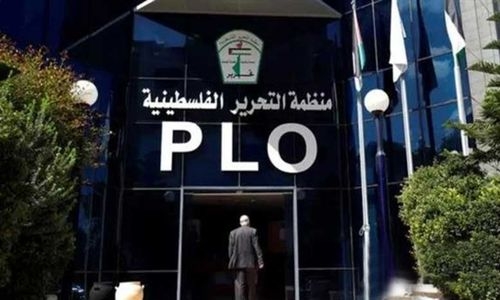 On Sept. 13, 1993, I was among those invited to the signing of the Oslo Accords on the South Lawn of the White House. It was a bright, sunny day, so very appropriate for what many in the audience saw as the impossible: President Bill Clinton presiding over a historic breakthrough in relations between Israelis and Palestinians. I can’t say I was sceptical about the signing, but I did harbour doubts. I began my career monitoring Middle East affairs in 1973 as a young professional just out of graduate school. The Palestine Liberation Organization (PLO), founded in 1964, was in full throttle as an international terrorist organization. Its principal enemy was Israel, but Jordan, led by King Hussein, was not far behind.

The PLO sought to topple the king in 1970 during what was called Black September. Had that challenge succeeded, who knows what havoc a radicalized Jordan under terrorist control might have inflicted on the Middle East heartland. Over these past 29 years, hopes surrounding the Oslo Accords have risen and then crashed time and again, as the Palestinian leadership has pursued a zero-sum policy regarding a two-state solution. By some counts, there have been four or five major international efforts to start serious negotiations with a view toward achieving a sustainable agreement. During that time, the terror organization Hamas, rejectionist from its inception, has taken control of Gaza.

The Palestinian Authority (PA), for its part, refuses to recognize Israel as a Jewish state, insists on a right of return for millions of Palestinians, of whom only some 30,000 are original refugees, and offers stipends and payments to the families of those who have carried out acts of terror against Israeli citizens. As if that were not enough, the PA has led efforts at the United Nations to castigate Israel through dozens of biased resolutions, special rapporteurs and commissions. In sum, PA nihilism is not a policy. It suggests that its leaders would rather live as permanent victims than enjoy statehood. Which is why waiting for a two-state solution is not only frustrating. It begs the question: does the current Palestinian leadership really want peace with Israel? Fast forward to Sept. 15, 2020, at the signing of the Abraham Accords.

Once again, I was in attendance on the same South Lawn at the White House, with the same beautiful weather in the US capital, but with an entirely different vibe in the air. Instead of the 1993 doubts gnawing at some of us, there was a pervasive optimism that nearly 30 years after the Oslo Accords signing, diplomatic creativity had produced a full-fledged path for normal relations between Israel and its neighbours in the region.

Over the years of Middle East diplomacy, we have used terms like “confidence-building measures,” and “roadmap for peace,” which, though sounding constructive, wound up being merely hollow diplomatic talk. There can be no peace, no normalization without the will to bring them about.

That means people-to-people experiences, two-way trade and investment, tourism in both directions and academic exchange. In each of these and in other areas of mutual cooperation, the Abraham Accords have produced dozens of agreements. And the sense is, this is only the beginning.

Having normal ties means making serious efforts at understanding one another, on a personal basis. Over the past two years, the Abraham Accords have opened the way to pursuing that goal in earnest, promoting closer Muslim-Jewish relations, and open discussions about the Holocaust and anti-Semitism.

Memo to the Palestinian leadership: take note. In the realm of the strategic, the Abraham Accords are already making a major contribution to the goal of achieving stability in the region through a collective worldview that places a high value on progress and mutual respect with one’s neighbours. As a result, those destructive forces that have sown chaos, engage in malign behaviour and arm the terrorist organizations that lurk and act in the broader neighbourhood, are now even more exposed than ever before.

The Negev Summit (now called the Negev Forum), which brought together like-minded countries which share the same view of threat assessments in the region, is another early benefit brought forth by the Abraham Accords. In March, I led a group of leaders from our organization to Bahrain and the United Arab Emirates. We held a number of important, enlightening discussions about the region, and the role that the Abraham Accords can play in expanding both its ranks and its promise to bring better, more peaceful and productive lives to all peoples of the region.

We believe that the United States must play a pivotal role in this process, and together, create a dynamic that can transform this vital expanse of geography into a role model for genuine regional cooperation. Over the years, another diplomatic term has become part of our lexicon: “present at the creation.” As I watched the four principals sign the Abraham Accords that sunlit day in Washington, D.C. two years ago, I clearly realized that the term was no cliche. As we enter year three, let us hope that this auspicious beginning will continue to bear the fruits its architects so wisely considered. 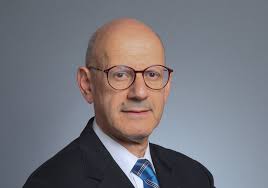 Daniel S. Mariaschin is CEO of B’nai B’rith International, a Washington, D.C.- based Jewish organization founded in New York in 1843 . The views and opinions expressed in this article are those of the author and do not necessarily reflect the official policy or position of the Daily Tribune.