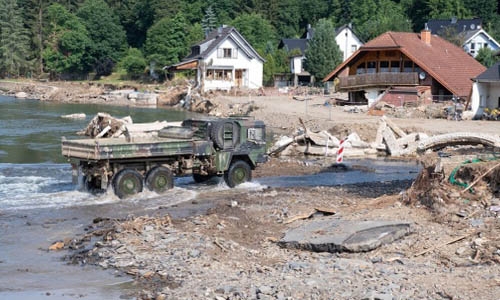 Some two years after more than 10,000 scientists from around 150 countries jointly declared a global climate emergency, they have now reiterated it and called for immediate changes.

These changes are more urgent than ever to protect life on Earth, the scientists say in an article published on Wednesday in the journal BioScience, according to Deutsche press agency (dpa).

The original 11,000 scientists have been joined by more than 2,800 signatories.

Since the original declaration of the climate emergency in 2019, numerous events such as flooding disasters, forest fires and heatwaves have made clear the consequences of simply carrying on as before on Earth, it said.

The year 2020, for example, was the second hottest year since records began, while this April, the carbon dioxide concentration in the Earth's atmosphere was higher than at any time since measurements began.

Among other things, the researchers call for a foreseeable end to the use of fossil fuels and better protection of biodiversity.

"The extreme climate events and patterns that we've witnessed over the last several years - not to mention the last several weeks - highlight the heightened urgency with which we must address the climate crisis," said Philip Duffy, co-author of the study and executive director of the Woodwell Climate Research Center in the US state of Massachusetts.