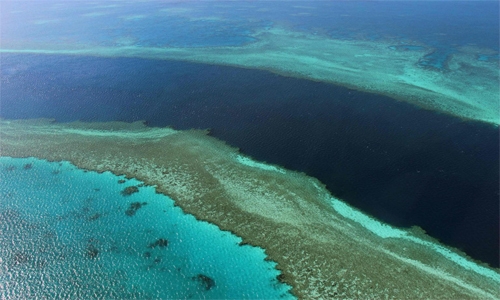 Australia yesterday avoided having the Great Barrier Reef listed as an endangered world heritage site by UNESCO, despite concerns about climate change-fuelled damage to the ecosystem’s corals.

At a World Heritage Committee meeting chaired by China, delegates voted not to downgrade the reef to “in danger”, after a concerted lobbying effort by Canberra. “May I sincerely thank the esteemed delegates for recognising Australia’s commitment to protecting the Great Barrier Reef,” Australia’s Environment Minister Sussan Ley said in a statement to the body.

The United Nations’ cultural agency had recommended in June that the reef’s World Heritage status be downgraded because of its dramatic coral decline, largely due to the impacts of climate change and poor water quality. Tim Badman, director of the International Union for Conservation of Nature’s world heritage programme, argued that the reef “unambiguously” met the criteria for an endangered listing.

“Despite the major efforts that have been made by the state party, both the current status of the outstanding universal value of the Great Barrier Reef and the prospects for future recovery have significantly deteriorated,” he said.

Ley had flown to Paris earlier this month to personally lobby member states on the committee, while Australia also took key ambassadors on a reef snorkelling trip.

The decision had already been postponed from 2015 when Australia successfully waged a similar diplomatic campaign and committed billions of dollars to reef protection. But the 2,300-kilometre-long (1,400-mile-long) ecosystem has since suffered three mass coral bleaching events, which are caused by rising ocean temperatures due to global warming.

Though government scientists say corals have shown signs of recovery in the past 12 months, they admit the reef’s long-term outlook remains “very poor”.

Two-thirds of the reef is believed to have been damaged in some way. As well as coral bleaching, the reef is also susceptible to damage from cyclones and outbreaks of crown-of-thorns starfish, which eat the coral.

UNESCO had accused Australia of failing to meet key water quality and land management targets, while also taking aim at the country for its lacklustre climate efforts. Canberra is facing growing international criticism for refusing to commit to net zero emissions by 2050. The conservative government has said it hopes to meet the target “as soon as possible” without harming the country’s fossil fuel-reliant economy.