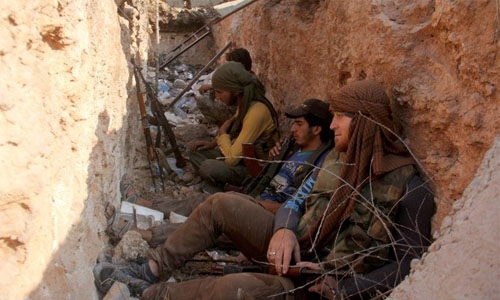 Nine Syrians are accusing several Qatari figures and institutes of funding terrorist fighters in Syria in a case filed at a UK court, according to the Times of London.

In a claim issued this week from the High Court in London, the Syrian individuals are claiming damages for financial losses, torture, arbitrary detention and threats of execution endured as part of a scheme or at the hands of Nusra Front, which is an Al Qaeda affiliate.

The files at the case allege that some top Qatari politicians, businessmen, charities and civil servants used one of the emir’s private offices and two banks to funnel hundreds of millions of dollars to the Nusra Front.

Bahrain is committed to developing educational cooperation with India