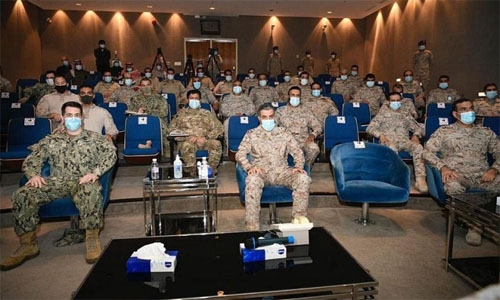 The mixed maritime exercise "Naval Defender 21" between Royal Saudi Naval Forces and the United States Navy kicked off at King Abdulaziz Naval Base (KANB) at the Eastern Fleet in Jubail today, with the participation of the British Minesweeper, in the presence of Commander of the Eastern Fleet Vice Admiral Majed bin Hazza Al-Qahtani.

It also aims to enhance military cooperation and exchange of combat experiences between the Royal Saudi Navy and the US and British navies, he added, noting that the exercise includes many lectures and training courses given by the participants.