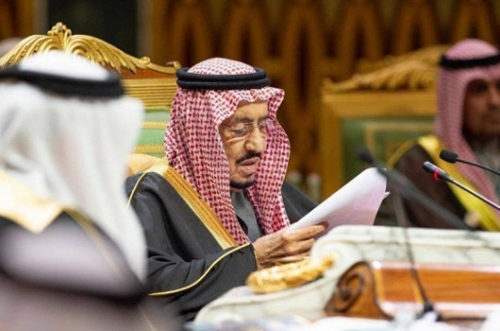 The people of the Kingdom of Saudi Arabia and its residents are all set to celebrate today corresponding to Rabee’ Al-Akhir 3, 1442H, the sixth anniversary of Custodian of the Two Holy Mosques King Salman’s accession to the throne as King of Saudi Arabia.

With hearts full of love, peace of mind, and a sense of accomplishment and gratitude for the generous contribution by the state in all fields of life, the people are discerning the development, the state authorities and institutions are achieving in all regions of the Kingdom.

With all strength, determination, and firmness, the Custodian of the Two Holy Mosques is striving to achieve welfare and prosperity for citizens through development drive in all regions of the Kingdom.

In turn, the citizens are reciprocating with their love and loyalty as they are rallying behind their leadership.

Ever since King Salman took the reins, the Kingdom has been witnessing mega-development projects across all the regions in the various economic, education, health, social, transport, communications, industrial, electricity, water and agricultural fields.

In toto, these form noble accomplishments, which are characterized by comprehensiveness and integration in building and developing the nation, hence placing the Kingdom high among the advanced countries of the world.

The accomplishments are diverse as they include initiatives, orders, and projects, among others. All these are contributing to raising the status of the nation and its citizens, due to the belief of the government of the Custodian of the Two Holy Mosques that the nation derives its strength from its sons and it is the strong arms of its sons that raise it to high levels.

The Custodian of the Two Holy Mosques King Salman was given the pledge of allegiance as King of the Kingdom of Saudi Arabia on January 23, 2015 corresponding to Rabee’ Al-Akhir 3, 1436H, after spending more than two and half years as Crown Prince and Deputy Premier. He was appointed Crown Prince on June 18, 2012.

On November 5, 2011, King Salman was appointed minister of defense, and before that he was the Emir of Riyadh Region for over 50 years.