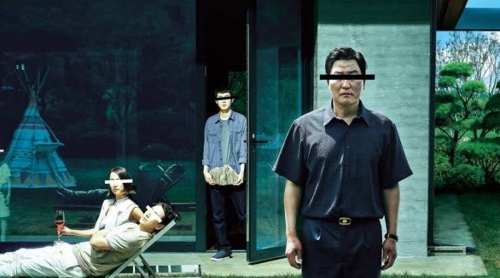 The eighth edition of “Korea Movie Weeks” will have its grand opening on November 25 amid full adherence to the precautionary measurements of social distancing.

Under the social responsibility and commitment to the National Taskforce for Combatting Coronavirus (COVID-19), the festival will be held in a new format at the STC Drive-in BH at Bahrain Bay on three days – November 25, 26 and 29 with a pre-booking status for those wishing to watch the films.

Parasite premiered at the 2019 Cannes Film Festival on 21 May 2019, where it became the first South Korean film to win the Palme d'Or. It won a leading four awards at the 92nd Academy Awards: Best Picture, Best Director, Best Original Screenplay, and Best International Feature Film.

The satirical social thriller, depicts the story of a poverty-stricken Kim family who end up in a string of internal employments for the wealthy Park family and eventually got dangerously entangled in a cobweb of greed and lies.

On November 26, the festival will screen the comedy-drama "Family Hood”, a story of an aging “self-centred” actress who takes a momentum with a decision to become a mother in quest of essence and purpose on life.

On November 29, the 2019 disaster action comedy “EXIT” will wrap the film festival for this year. Exit is a shocking turn of events that lead a rock climber, who is busy preparing his mother’s birthday party, to save everyone from a poisonous gas spread across the city.

Festival organisers have invited people planning to watch any of the movies to register through an online form for each movie, explaining that car parks are limited and entry is restricted to registered audience.

Each car can have a maximum of four passengers, although, for better view, two passengers per car is recommended.

SUVs will be designated in the back rows of the venue while sedans will be taken front rows. The venue opens at 6:30 pm and the movies start at 7 pm.