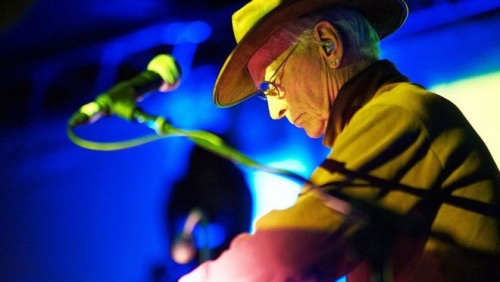 The musician was known for fusing traditional rock structures with electronically generated melodies, using synthesizers he built at home.

Although Silver Apples' career was short-lived, they influenced the likes of Beck, Beastie Boys and Portishead.

Coxe died at home in Alabama, having suffered with the progressive lung condition pulmonary fibrosis.

In a statement, his manager Jack Trevillion said the condition had made it hard for the musician to breathe without oxygen, but that he had died peacefully.

"Silver Apples leaves a lasting legacy and contribution to electronic music with their ground-breaking sound that has stood the test of time and influenced many artists over the years, right up to the present day,