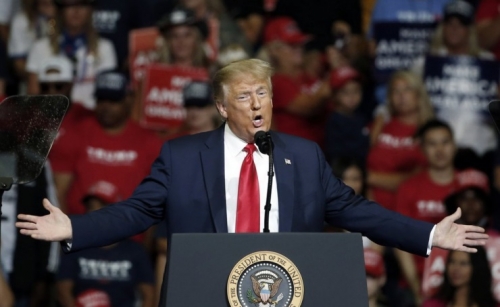 On an average day, President Donald Trump sends about 14 posts to the 28 million Facebook followers of his campaign account. His Democratic rival, Joe Biden, delivers about half that many posts to an audience of just 2 million. The numbers are similarly skewed in other spheres of the social media landscape.

As his reelection bid faces growing obstacles, his primacy in the dizzying digital world is one of his top advantages, giving him a massive platform to connect with supporters and push a message that ignores his vulnerabilities related to the pandemic, unemployment and race relations. Biden and his allies are now working feverishly to establish a social media force of their own.

For the first time, Biden outspent Trump on Facebook advertising in June, pouring twice as much money into the platform as the president. His campaign is recruiting Instagram supporters to hold virtual fundraisers. And it’s plotting ways to mobilize the power of hundreds of teens on TikTok who reserved tickets for Trump’s recent Oklahoma campaign rally and took credit for sinking the event by artificially inflating the crowd count before it began.