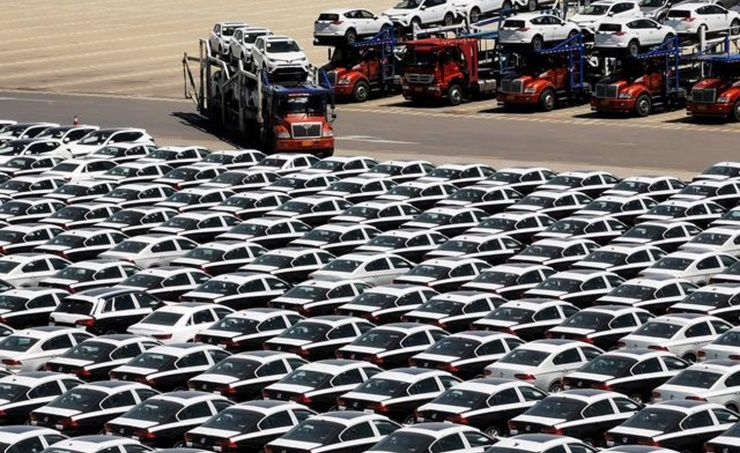 Auto sales in China are likely to have fallen 18% in January, their 19th consecutive month of decline, an industry body said as the outbreak of the new coronavirus began to hit the industry.

Sales of new energy vehicles (NEVs) plunged 54.4%, down for a seventh month in a row, preliminary data from China Association of Automobile Manufacturers (CAAM) showed, according to Reuters.

Local governments began imposing travel curbs and warning residents to avoid public spaces in the last two weeks of January, and industry executives said the epidemic was likely to wreak havoc on auto sales and production in the first quarter.Automakers need to get used to a new normal of “low speed growth” in China, CAAM said last month, predicting sales are likely to shrink 2% in 2020, the third consecutive year of contraction.

The coronavirus has led some automakers to postpone the resumption of production after the holiday.

In Hubei, the central province where the outbreak began, and a major vehicle making hub responsible for nearly 9% of China’s output, Dongfeng Motor Group Co Ltd and its partners Honda Motor Co Ltd Renault SA and Peugeot SA have all said they would delay production.

Other automakers with operations in Hubei include Nissan Motor Co Ltd which has a plant with Dongfeng, and General Motors Co which has a venture with SAIC Motor Corp Ltd.

Those operating plants outside Hubei province such as Volkswagen AG and General Motors have said they will keep some factories idled for one or more weeks.

Tesla Inc, which started delivering cars built at its $2 billion plant in Shanghai last month, has said it expects a delay of just one to one-and-a-half weeks in its ramp up of China-built Model 3s due to the shutdown. It restarted production in Shanghai on Monday with local government help.

Industry sales fell 8.2% last year, pressured by new emission standards in a shrinking economy and by trade tension with the United States.

No cancellation of Olympics due to coronavirus, Tokyo organizers say