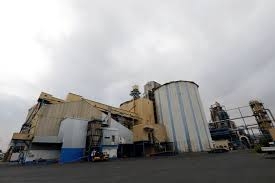 Dubai’s Al Khaleej Sugar, which operates the world’s largest port-based refinery of the sweetener, said on Sunday it had been operating at full capacity since late December after a “bad” 2019.

“The changes came only after Christmas, prior to Christmas we were status quo and all what we are seeing today is a reflection of the Thai shortage of raws,” Jamal alGhurair, managing director of Al Khaleej, told reporters at a briefing ahead of a three-day industry conference in Dubai.

Thailand’s sugar production in the 2019/20 crop year is likely to fall 28 per cent from a year earlier to a nine-year low of 10.5 million tonnes, as drought curtails cane supplies. The lower production is expected to limit exports from the world’s second-biggest exporter and support global prices.

Ghurair said though the shortage in the Thai crop helped white sugar premiums pick up, he saw global demand as largely unchanged, adding that it was difficult to predict how long white premiums would stay favourable.

“I don’t see any trigger from demand side.” Al Khaleej is exporting its white sugar to “all the usual markets” with demand from East Africa and the Red Sea staying the same, Ghurair said. The refinery is also continuing to export to Saudi Arabia, with close to a third of sales going to the kingdom.