Death for Khashoggi killers | THE DAILY TRIBUNE | KINGDOM OF BAHRAIN 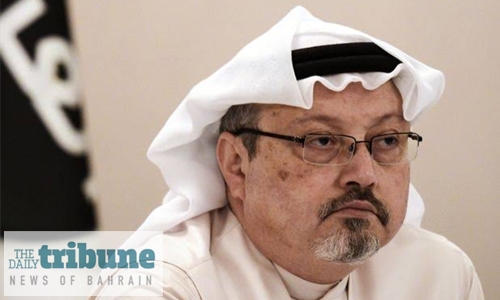 The son of murdered journalist Jamal Khashoggi yesterday welcomed the speedy resolution to the trial as a court in Riyadh sentenced five men to death for the killing in the Saudi consulate last September.

“Today we have been granted justice as the children of the deceased, Jamal Khashoggi,” tweeted Salah Khashoggi. “We affirm our confidence in the Saudi judiciary at all levels, that it has been fair to us and that justice has been achieved.

“The legitimacy of the judiciary is based on two factors – fairness and the speed of the litigation process to ensure that injustice and delaying tactics were avoided.”

“Today’s verdicts were an important step in holding those responsible for this terrible crime accountable,” a State Department official told reporters after the ruling