Assessors may be excused… | THE DAILY TRIBUNE | KINGDOM OF BAHRAIN 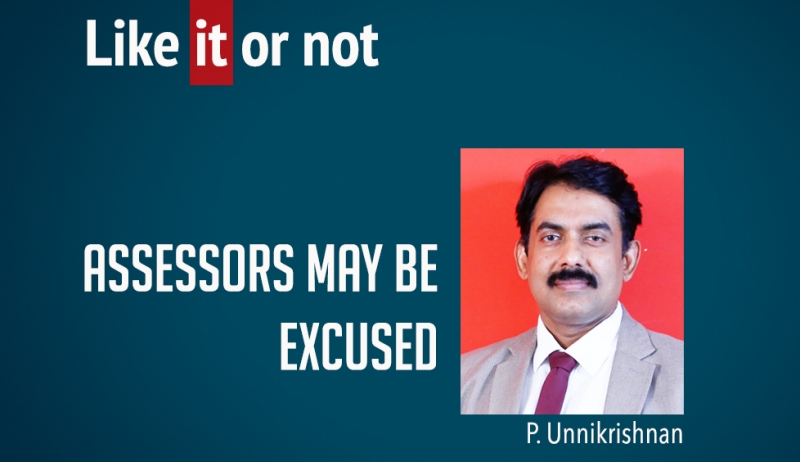 I was waiting at the reception. A policeman came and verified my ID card. I could feel the blanket of fear embracing my body, from toe to head. A few policemen were walking around with some handcuffed suspects. It seemed they were taking them to the courts for their next hearing.

I was visiting a prison in the Kingdom for the very first time. And the purpose was to meet one of my friends, punished in a dud cheque case.

The prison guards were amicable. The environment was quiet, neat and clean. In another few minutes, the guards would call me and tell me the exact time and booth number to meet my friend.

I sat against a wall and could see my friend through a glass window. There were microphones fixed on both sides to communicate.

To my surprise, my friend looked quite happy and normal. He had a new haircut and his face shone in the absence of a moustache.

How are you? The first question flew out of my mouth. In the next moment, I realised that it wasn’t an appropriate question to ask someone who’s behind bars, filled with stress, ambiguities and despair.

“I am fine,” he smiled as he replied. “Now you look like Shahrukh Khan,” I said with an aim to melt the ice.

He laughed. “My blood sugar levels have come down, mainly because I am eating on time, sleeping on time, taking medicines on time and exercising daily.

“The food served here is one of the best I have ever had in my life. Frankly speaking, this break has been a quite rejuvenating one.” As he began speaking louder, one of the guards gave me a stare. It seemed the guard was seeking reasons behind my laughter.

I looked at my watch. I had many things on my ‘to do’ list; mainly selling some of his properties, collecting details of his receivables and strategies to negotiate with his creditors.

“I can make only a few telephone calls every week. I have no access to Internet, that’s the only problem I have over here. Rest is quite fine.”

We engaged in serious discussions to resolve his ongoing troubles. I didn’t try to console him, as he looked relaxed and comfortable.

I was overwhelmed to see the facilities inside the prison; impressed to see the best treatment received by inmates. I appreciate the highly civilised way in which prisoners are treated.

A guard offered me a cup of tea, and said: “Dear, your time is over.”

While driving home, the one-thought that haunted me was whether we need a separate cell for people like my friend, who got trapped because of the risk he took for enhancing his business.

Post-dated cheques (PDCs) are demanded everywhere; be it car loans, leasing a hotel property or a short-term finance from financial institutions.

We often say ‘God willing’ before signing any big deals, which means if everything goes fine we will be able to meet those commitments.

But when you submit a PDC we are confirming that even if we fail with the Acts of God we assure you to settle our commitment without fail! Does it sound sensible?

When we sign a PDC, we are strictly being blind about the uncertainty ahead. We are pledging an existing asset for a future uncertainty. We are confirming that we will fulfil our financial commitments even if we fail in the venture. How can we promise 100 per cent guarantee on such deals?

When you approach a bank for a loan or any financial assistance, you agree to abide by hundreds of clauses and sub-clauses. You need a good credit rating, bank statement and most often a guarantor.

Despite all these, there is an insistence on presenting PDCs, which is a negotiable instrument; something that is capable of taking a person to prison within a day, if he/she fails to honour it.

All businessmen are supposed to be risk takers. They provide jobs to people, boost the economy, increase exports, innovate industries and introduce novel products to customers only by taking this risk.

I feel they need a separate court and separate legal procedure. They should not be sent to a detention centre, but to a ‘correction centre’ and must have minimum facilities including telephone and Internet connection.

This will make us a more ‘business-friendly’ nation, where innovations and creativity flourish, raising the living standards of everyone.

Shahrukh Khan had said recently: “I don’t write cheques anymore as I have a tendency to sign off ‘With Love Shahrukh’.”

I think it’s time for us to find some random excuse like the one by Mr SRK to avoid writing a Post-Dated Cheque!