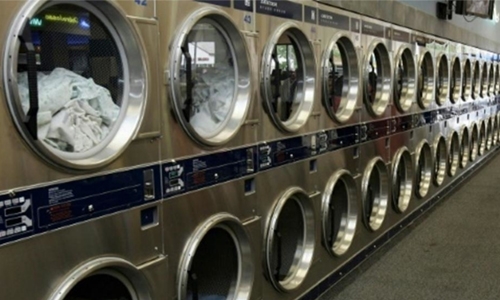 A Malaysian man who killed a pregnant cat by putting it into a laundrette dryer has been sentenced to 34 months in jail, official media reported, in a case that sparked outrage. K. Ganesh was handed the prison term Tuesday after being found guilty of breaking animal protection laws at the self-service laundry outside Kuala Lumpur in September last year, official news agency Bernama reported.

He will remain free on bail for now as he plans to appeal. The 42-year-old was the second man to be sentenced over the killing after a taxi driver was jailed for two years for the crime in January. Malaysians reacted with fury when CCTV footage went viral showing the cat being stuffed into the dryer late at night. Two men then inserted tokens into the machine to set it running and left.

A female customer later found the animal’s carcass and the matter was reported to the police. Sentencing Ganesh, Judge Rasyihah Ghazali said: “I hope this sentence will serve as a lesson to the accused and the public to not be cruel to animals.” He was also fined 40,000 ringgit ($9,700), Bernama reported late Tuesday. A third person was earlier detained over the killing but prosecutors dropped the case.