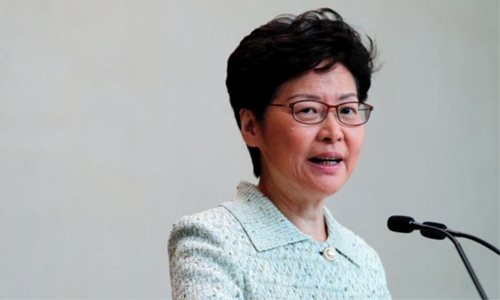 Embattled Hong Kong leader Carrie Lam yesterday ruled out making any concessions to pro-democracy protesters in the face of escalating violence, which police said was now “life threatening” citing the detonation of a small bomb. “I have said on many occasions that violence will not give us the solution.

Violence would only breed more violence,” Lam told a news conference. “For concessions to be made simply because of escalating violence will only make the situation worse. On the other hand, we should consider every means to end the violence.”

Protesters have five main demands, which include universal suffrage and an independent inquiry into what they say has been excessive force by police in dealing with the demonstrations. Hong Kong has been rocked by four months of unrest.