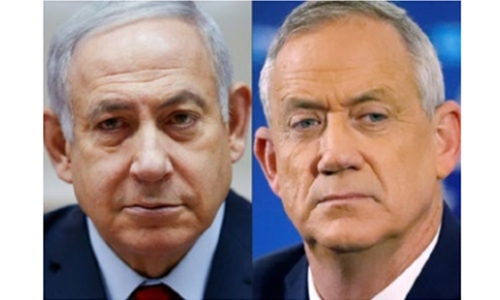 Israel voted in its second election in five months yesterday that will decide whether to extend Prime Minister Benjamin Netanyahu’s term as the country’s longest-serving prime minister despite corruption allegations against him. The stakes could not be much higher for the 69-yearold right-wing leader who, as in April polls, faces a strong challenge from ex-military chief Benny Gantz and his centrist Blue and White alliance. Ex-defence minister Avigdor Lieberman, Netanyahu’s former right-hand man turned rival, could play a kingmaker role with his campaign to “make Israel normal again.”

Some 6.4 million people are eligible to cast ballots. Opinion polls ahead of the election have indicated another tight race, showing Netanyahu’s Likud and Blue and White winning around 32 seats each in the 120-seat parliament. Netanyahu enters the election after having suffered one of the biggest defeats of his political career after the April vote.

His Likud along with its right-wing and religious allies won a majority of seats, leading Israeli President Reuven Rivlin to task the premier with forming a new government. But following weeks of discussions, Netanyahu failed to do so, leading him to opt for an unprecedented second election rather than risk having Rivlin choose someone else. The danger for Netanyahu extends beyond remaining prime minister, a post he has held for a total of more than 13 years, first from 1996-1999 and again since 2009.

Israel’s attorney general has said he intends to indict Netanyahu for fraud, bribery and breach of trust pending a hearing expected only days after the election in early October. A final decision would come later. Netanyahu would not be required to step down if indicted, only if convicted with all appeals exhausted.

Professor, prisoner to face off in Tunisia