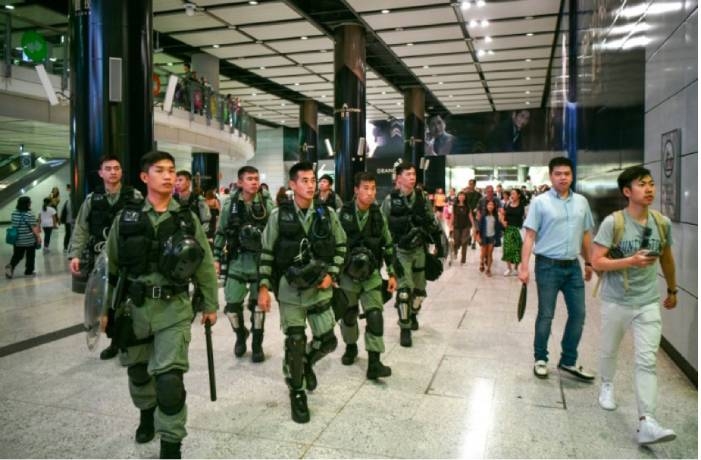 Riot police fanned out across Hong Kong yesterday and thwarted plans by pro-democracy protesters to target the airport, days after the city’s leader made a surprise concession which was rejected by the movement as too little, too late. Millions of pro-democracy supporters have taken to Hong Kong’s streets for the past three months in the biggest challenge to China’s rule since the city’s handover from Britain in 1997.

On Wednesday, the city’s pro-Beijing leader Carrie Lam surprised many by announcing she was scrapping a hugely unpopular extradition law that sparked the widespread and sometimes violent rallies. The withdrawal was one of the protesters’ key demands and both she and Beijing had previously refused to budge on the issue.

Lam, who was not directly elected but appointed by an overwhelmingly Beijing-friendly committee, portrayed the move as a bid to de-escalate tensions and start a dialogue. But it has been widely dismissed by protesters as an empty gesture after 14 weeks of clashes with more than 1,100 arrests and many facing lengthy jail sentences.