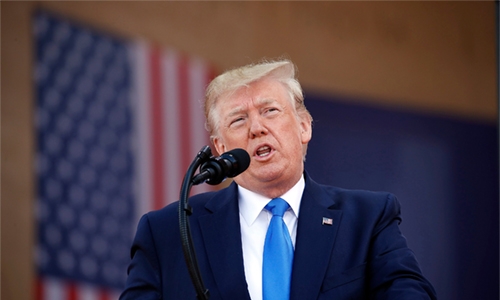 President Donald Trump yesterday accused his French counterpart Emmanuel Macron of getting in the way of US policy and sending “mixed signals” to Iran. Trump has imposed crippling sanctions on Iran and sought to sink an international deal for managing the country’s contested nuclear industry.

“Iran is in serious financial trouble. They want desperately to talk to the US but are given mixed signals from all of those purporting to represent us, including President Macron of France,” Trump tweeted. Trump lashed out at Macron, saying, “I know Emmanuel means well, as do all others, but nobody speaks for the United States but the United States itself.

No one is authorised in any way, shape, or form, to represent us!” Washington and its Gulf allies have accused the Islamic Republic of the attacks on ships.

In response, the US has been seeking to form a coalition whose mission-- dubbed Operation Sentinel -- it says is to guarantee freedom of navigation in the Gulf.