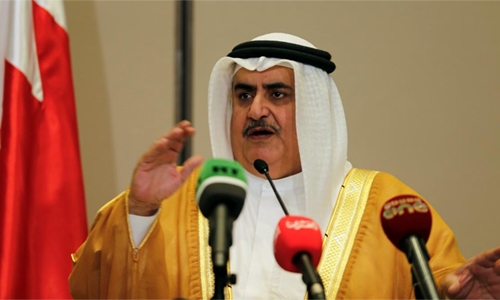 Blasting Iran’s comments on the recent Gulf maritime security conference, the Ministry said, “Such meetings and conferences come in line with the Kingdom’s continued efforts and policies to provide security and peace in the region.”

The statement also called upon Iran to commit to de-escalation and respect the interests, sovereignty and independence of states.  Bahrain said the July 31 meeting discussed the “current regional situation” and blasted “the repeated attacks and unacceptable practices of Iran and the terrorist groups linked to it”.

This will be done “through collective action and cooperation with allies and international partners, who are keen to shoulder their responsibility in facing all the challenges targeting this region.”  Manama said last month that it and the US would co-host a conference on “maritime and air navigation security”, set for October.

Britain said Monday it will form a joint maritime taskforce with the US to protect merchant vessels in the Gulf. It follows a spate of incidents -- including the seizure of ships -- between Iran and Western powers, in particular, Britain and the US, centred on the vital Strait of Hormuz thoroughfare.