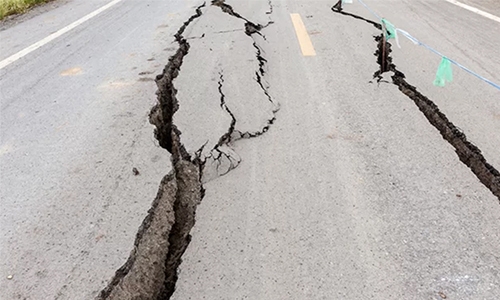 A major 7.3-magnitude earthquake hit the remote Maluku islands in eastern Indonesia yesterday, sending panicked residents running into the streets, but no tsunami warning was issued.

The shallow quake struck about 165 kilometres (100 miles) south-southwest of the town of Ternate in North Maluku province at 6:28 pm (0928 GMT), according to the US Geological Survey.

“The earthquake was quite strong, sending residents to flee outside,” said local disaster mitigation official Mansur. Officials were assessing the situation but there were no immediate reports of casualties, he said.