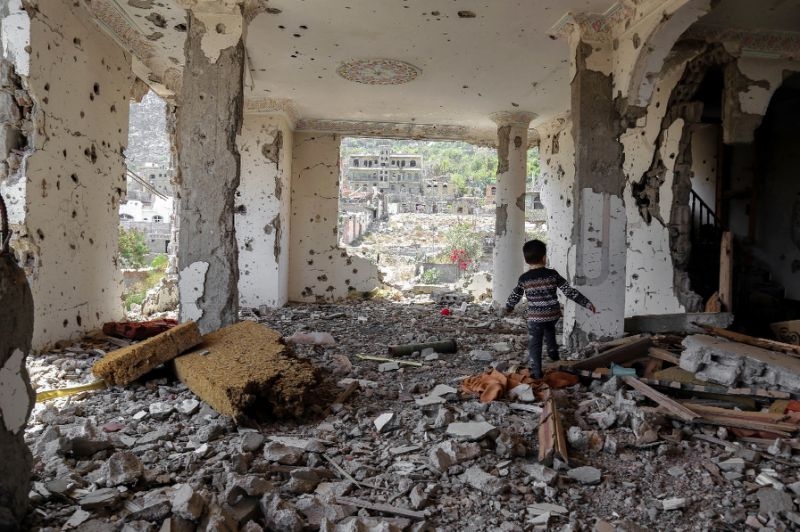 Yemen talks falter before start as rebels stay away

Long awaited UN-backed talks between Yemen’s warring parties sputtered out yesterday before ever truly starting after the Huthi rebels refused to travel to Geneva and fresh fighting broke out on the ground. UN envoy Martin Griffiths said he had held “fruitful consultations” with the delegation representing the government of President Abedrabbo Mansour Hadi, but acknowledged he had been unable to convince the rebel delegation to even show up for the talks. “We didn’t manage to get... the delegation from Sanaa to come here,” he told reporters.

“We just didn’t make it,” he said, insisting though that efforts would continue to bring the parties together. The talks, meant to be the first meeting between Yemen’s warring sides in two years, had been scheduled to formally open Thursday, but the absence of the rebels left Griffiths scrambling to try to save them.

The Iran-backed Huthis, powerful armed tribes locked in a war with Yemen’s Saudi-backed government, refused to take off from the rebel-held capital of Sanaa unless the UN met a list of conditions, which included securing a safe return from Geneva to Sanaa for their delegation. They accused the Saudi-led alliance backing the Hadi government of planning to strand their delegation in Djibouti, where their plane was to make a stop en route to Geneva.

They hinted they feared a repeat of 2016 when 108 days of talks in Kuwait broke down and a rebel delegation was stranded in Oman for three months due to an air blockade. Complicating things further, fighting flared again on the ground on Friday with government forces attempting to close in on the rebel-held Red Sea port of Hodeida, which had been expected to be one of the main topics of discussion in Geneva.