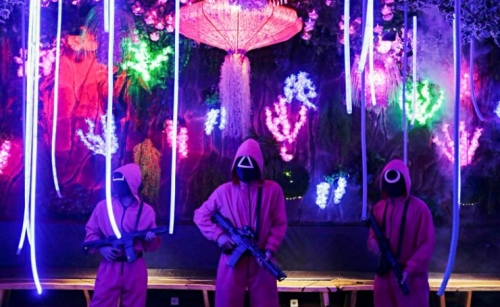 The hit Netflix survival series about 456 contestants fighting for their lives in a twisted dystopian competition with a $36 million grand prize has officially been renewed for a second season, the streaming service announced Sunday.

"And now, Gi-hun returns.The Front Man returns. Season 2 is coming," Hwang Dong-hyuk, the director and writer, said in a statement to dpa international.

Netflix, which described the second season as "a whole new round," did not provide any other details, including a premiere date.

The Korean-language series premiered in September to rave reviews, becoming Netflix's most-watched series in just 12 days, according to the streaming platform.

The show was nominated for three Golden Globe awards and won one: O Yeong-su for best supporting actor for playing Oh Il-nam, an elderly contestant with a brain tumor.

He is the first Korean actor to win a Golden Globe.