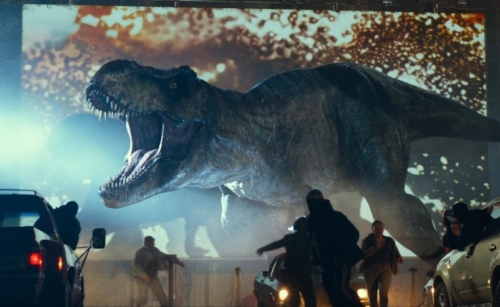 Despite blistering reviews, the sixth film in Universal's dinosaur saga is looming large over a sizzling weekend at the domestic box office. It's only the third time in the pandemic era that ticket sales have collectively eclipsed the $200 million mark, according to Reuters.

"Dominion" initial box office returns represent a slight decline in popularity, though the big-budget tentpole is still raking in huge amounts of money. To be fair, the latest installment in the prehistoric series has some Triceratops-sized footprints to live up to at the box office. "Jurassic World," which rebooted the popular "Jurassic Park" trilogy in 2015, opened to a gargantuan $208 million and ended its theatrical run with $653 million in North America and $1.6 billion globally. Its sequel, 2018's "Fallen Kingdom," debuted to a softer-but-still-spectacular $150 million and tapped out with $417 million domestically and $1.3 billion worldwide.